As said this table and bench were constructed of re-claimed Chestnut, mostly from North Carolina, some from Georgia. However, because the lumber was harvested from different locations, different applications, and different trees the lumber was different colors….some tan, some gray, some even with pink tones. It was impossible to match all of these boards into single piece so I had to bleach each and every board. Of course this then created another false color (yellow) but, at least they were all the same! From there the boards had to be stained to cover the yellow and return the Chestnut to it’s original patina. Between the coloration and all of the filling (knots, large holes, rotted areas) this turned out to be quite the project.

Lessons were learned however. As noted on the re-claimed Chestnut but it was also my first application using ‘sewing machine’ hinges, which worked out great but took a lot of very detailed ‘care’.

The last lesson learned had nothing to do with woodworking but more to do with Excel. I use this spreadsheet to help determine final costs and my first attempt on this project almost proved disastrous….it seems I did not ‘sum’ the entire list of costs and sent an erroneous quote to Will. After rechecking I realized my error and hastily revised my proposal….a fact to which Will was not enamored. But, in the end he understood my dilemma and accepted my new proposal. Good man! 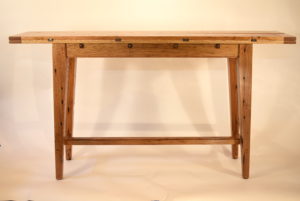 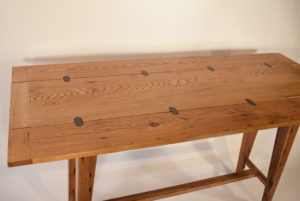 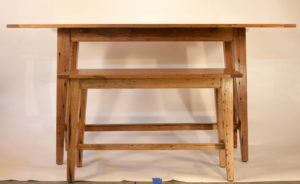 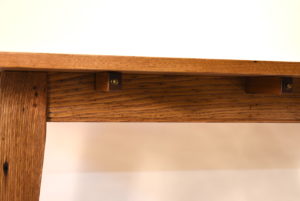 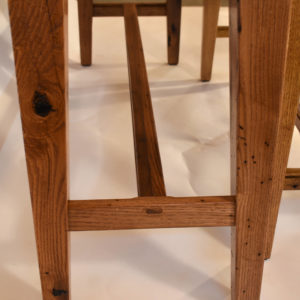 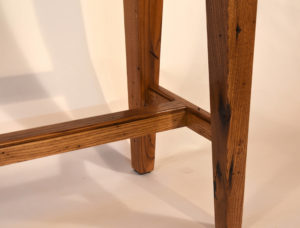 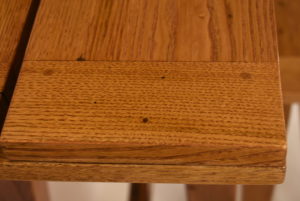